This was my first time getting tagged in something and it was so much fun! Thank you, again gwalsh1985 @The Book Nook UK. Check out her blog! Seriously, she’s hilarious.

That being said, I have run into series where there are 4 or 5 books and I’m glad its ending. I’m ready for the characters to “Live happily ever after”. I ran into this with The Mortal Instruments series by Cassandra Clare. This series is without a doubt in my top 10. I loved every second of it but by the 6th book I was ready for Clary to move on with (or without) someone. (no spoilers) I wasn’t done reading about the world she lives in though which drew me to the rest of Clare’s Shadowhunter Chronicles.

Now Harry Potter on the other hand… JK Rowling could write 100 books in that series and it still wouldn’t be enough.

So not to sound cliché, but I think it depends on the series. More than 2 – less than 7 for most books.

HOW DO YOU FEEL ABOUT CLIFFHANGERS?

If a series ends (no more books) in a cliffhanger I tend to want to throw the book across the room (not that I’ve ever done that…Ok I may have done that once or twice). But I love when the second or third book in a five-book series ends in a cliffhanger. It’s like a favorite TV series ends the season with a cliffhanger (I’m looking at you Greys Anatomy!) I think about the series all summer/year and I get so excited when it comes back on. Am I the only one who has a countdown to the next book or the next season of a show? (Anyone? No just me? Oops)

I need to know the end. Even if I hate it or want a different ending, I need to know how the author wants the characters to end up.

Definitely paperback! I can fold it over and shove it in a purse. Hardbacks are nicer looking on a bookshelf but when I want to immerse myself in another world I’m not worried about it looking nice in my hands.

Almost all the books I read are fantasy/YA/Dystopian but the book that made me fall in love with reading is Where the Birds Never Sing by Jack Sacco. 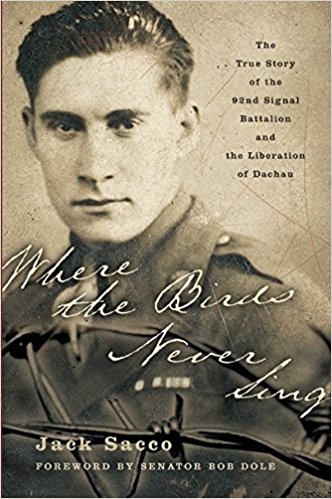 I will admit it, I was one of those people who HATED to read (GASP!). It was something I had to do in school and wasn’t something I wanted to do when I got home. Until Jack Sacco entered my life with his wonderfully written book.

History is my thing. Absolutely love it. And my favorite part of history to read about is World War II (morbid I know). Where the Birds Never Sing is a true story about Jack Sacco’s father Joe (that was a little confusing for me… Jack and Joe) and his time in the 92nd Signal Battalion and the liberation of Dachau. Its told in first person POV and it grips you right from the beginning.

“In all my memories of the farm, there is one day I remember the most. I suppose it’s because I learned more about myself in the time it took me to read a simple letter that day than I had in the previous eighteen years of my life. When I looked up from that page, I realized that life is not a given, it’s a gift, and that a man’s destiny can lead him far from home and the family he loves into places he never knew existed.”

This book right here. Yep. Hated it! Seriously, how many numbers are allowed in a book before it becomes a math book? And I like math. 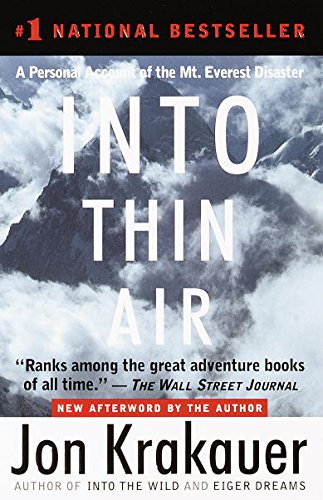 LOVE TRIANGLES, YES OR NO?

Usually no. I don’t like when someone ends up alone and heartbroken. And is it just me or is it usually the “best friend” who ends up alone? I mean they go their whole life loving the person they spend the most time with and in the end, they still end up alone? Just doesn’t seem fair.

THE MOST RECENT BOOK YOU JUST COULDN’T FINISH?

If I pick up a book and can’t get into it I usually just set it down and start a new one. I don’t take the time to think about it or why I don’t like it. So, I honestly can’t say I remember the last one.

I will admit right now I’m reading the Red Queen series over again and I’m really struggling to get through it. Which is incredibly sad because when I first read it I couldn’t put it down. I loved every word. Maybe it’s just a book you can’t reread? Who knows.

I’m currently working through the Red Queen series by Victoria Aveyard. I’m on the second book Glass Sword and as stated above I’m having a hard time getting through, but I will finish because I am excited for the 4th and final book War Storm which comes out May 15th. 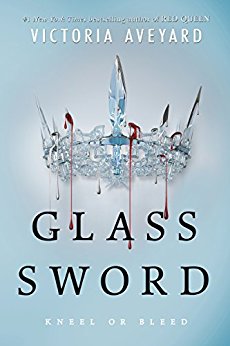 LAST BOOK YOU RECOMMENDED TO SOMEONE? 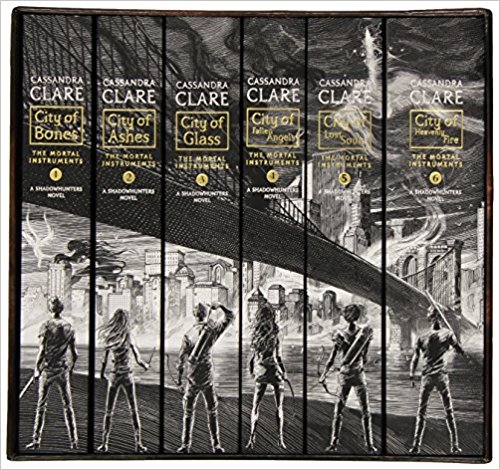 I loved these books. Cassandra Clare was able to connect 6 books perfectly and after the 6 were done she was still able to write about the same world. To me it’s like a combination of, what 20 books?,  in the same big series.

I don’t read a lot of old/classic books so I would have to say The Hobbit by J.R.R. Tolkien. Which was released September 21st, 1937. 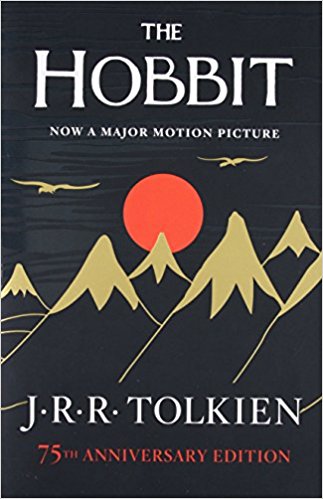 I was in the middle of reading the Whicked Trilogy by Jennifer L. Armentrout and when I got to the end of the second book I realized the third hadn’t been released yet. Luckily it was released less than a week later. 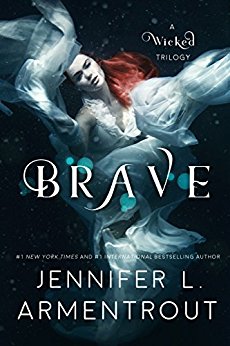 This one is hard for me. I do not have a favorite because I like so many books and every author is different. I guess if I had to pick it would be J.K. Rowling. The imagination she had to come up with Harry Potter is just amazing. I can’t say I know anyone that doesn’t love the HP series and it obviously takes a wonderful writer to accomplish that. Especially, with a brand-new idea.

If I bought all the books I’ve read, I would definitely be living in a box in a back alley. So, I will always borrow books when I can. I also usually read the eBook version on my Kindle because that tends to be cheaper.

But if money weren’t an issue and I could buy all the books I wanted, my library would rival Beast’s in Beauty and the Beast.

A BOOK YOU DISLIKE THAT EVERYONE ELSE SEEM TO LOVE?

Don’t hate me… I do NOT like classic books. Especially books where the author talks like they’re out of the middle ages (Looking at you Shakespeare). I can understand why people love them. I totally get it. And I have tried! Trust me. Unfortunately, I can’t do it.

I’m one of those people who says, “Oh I’m on page 37 I’ll remember the next time I pick it up.” But I never remember. So, I’m constantly rereading pages only to realize I read them before and I also spend 5-10 minutes searching for the correct spot before I can officially start reading again.

Yeah, I know. “Anna, go and get a piece of paper and use it as a bookmark.”

A BOOK YOU CAN ALWAYS REREAD?

See above, Where the Birds Never Sing

Oh! And Harry Potter. I can read HP on repeat and never get bored.

CAN YOU READ WHILE HEARING MUSIC?

If I’m totally and completely immersed in a book, I can sit in the same room as my husband with the TV on. But usually it must be quiet. I get distracted too easily…

ONE POV OR MULTIPLE POV’S?

One. Definitely one. Sometimes I have a hard time following one person’s point of view, and then you want to throw in another just for kicks? Nope. You lost me.

Also, pet peeve… Book series where the main POV is the same in the first 3,4,5 books and then you go and switch it to someone else for the last book? Gahhh!!! Talk about frustration.

DO YOU READ A BOOK IN ONE SITTING OR OVER MULTIPLE DAYS?

If I have nothing else to do (or convince myself I don’t really need to go grocery shopping or leave the house) then I will finish a book in less than 12 hours. Once I get caught up in a book, in a different world and story, it’s incredibly easy to just keep going.

A BOOK YOU’VE READ BECAUSE OF THE COVER?

I was just finishing college and I still had no idea what I wanted to do. I saw this and I still think about it all the time. 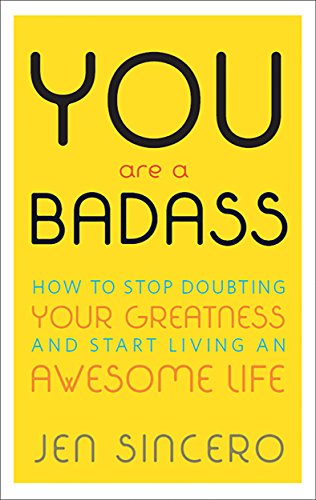 I tag… (Hopefully I do this right…)

Hi everyone! I’m Anna. A 20 something Disney lover who aspires to travel the world, always with a book in my hand.